'In the first six months since opening, visitor numbers topped 150,000 and the number of new library members also rocketed with 2,688 compared to just 255 in the same period twelve months previously.' 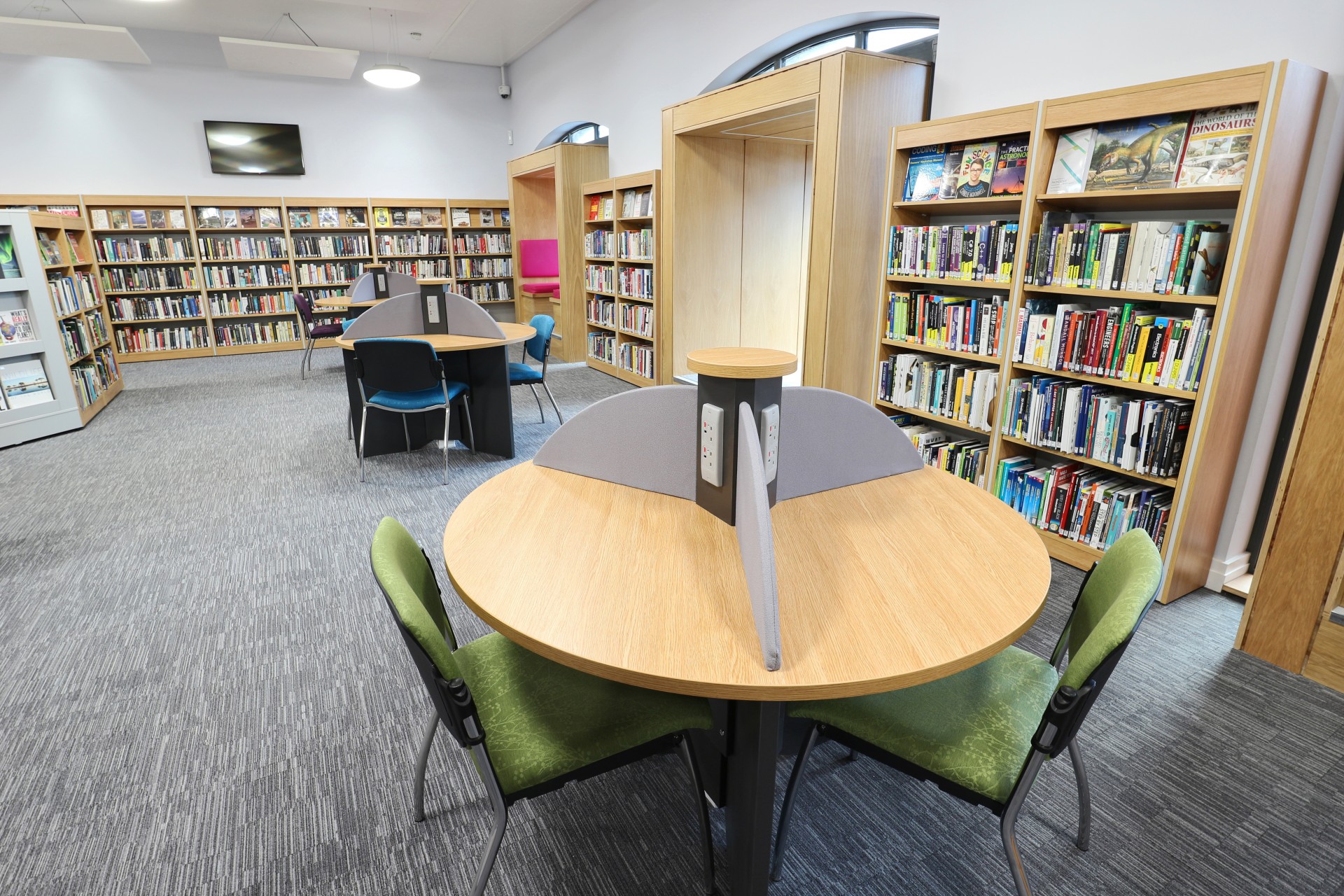 Glan-yr-Afon (The Riverside) is an innovative new cultural centre in the heart of Haverfordwest. This flagship facility is the result of an exciting partnership between Pembrokeshire County Council and the National Library of Wales and comprises a library, gallery, visitor information and coffee shop.

FG Library & Learning were instrumental in helping realise this ambitious project and the design team of Julian Glover and Jonathan Hawkins worked closely with the architects, project managers and library staff to achieve an impressive result.

The facility accommodates activities as diverse as reading, socialising and gaming. The children’s area incorporates a castle theme with features including an interactive StoryWall decorated with stunning artwork of fantastical scenes from renowned artist Jackie Morris.

Well over 4,000 users visited the library in the first two days of opening. Figures revealed that the facility attracted over 30,000 visitors in January 2019 (the first full month of operation) up by over 25,000 visitors on the January 2018 figure – a 520% increase.

In the first six months since opening, visitor numbers topped 150,000 and the number of new library members also rocketed with 2,688 compared to just 255 in the same period twelve months previously.

Comparing the same periods, significant increases have been seen in the borrowing of books for both adults and children, as well as the use of Welsh Language materials.

The outcome is a flagship facility of outstanding appeal that has revitalised a neglected area and is successfully leading the reinvigoration of this historic town. 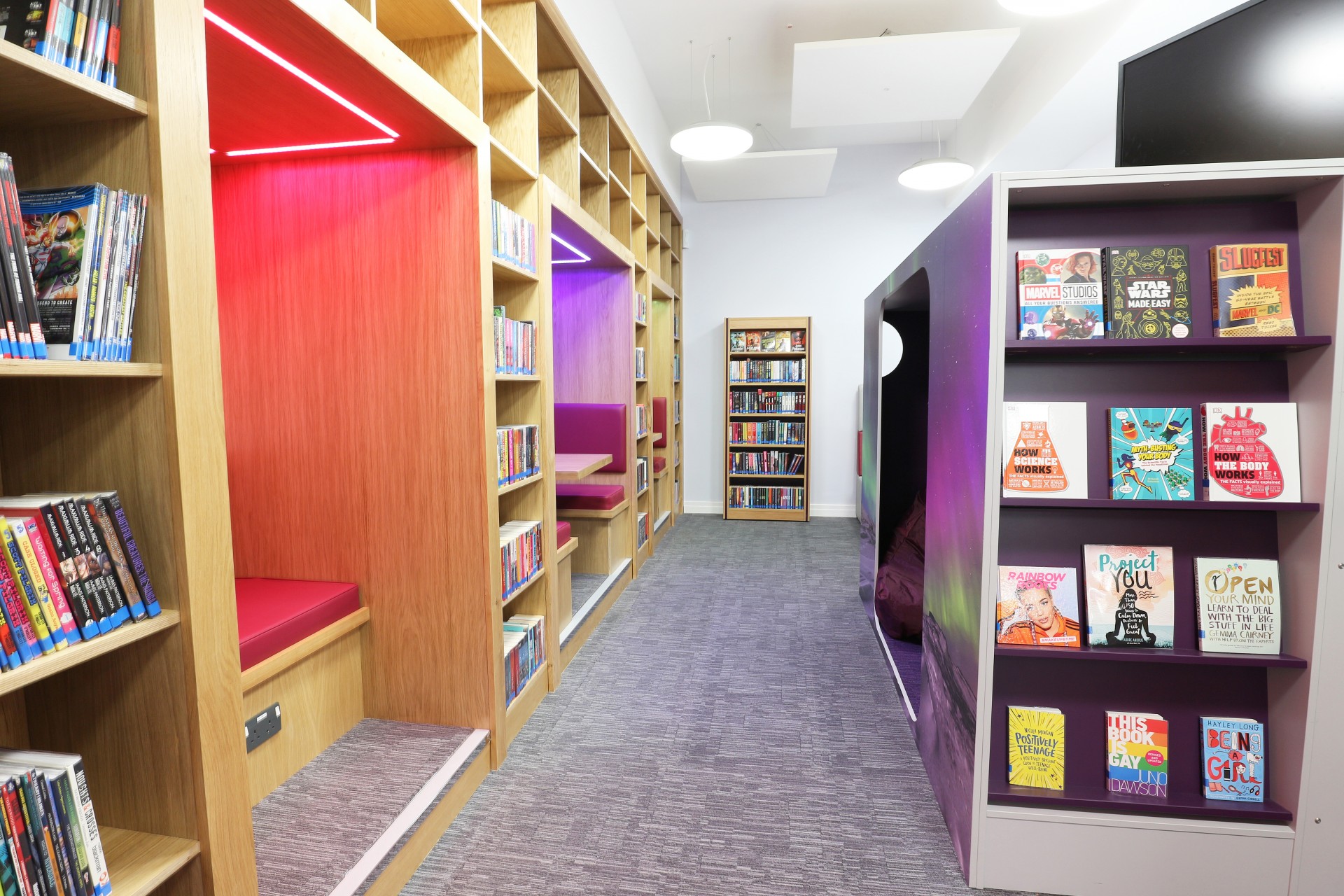 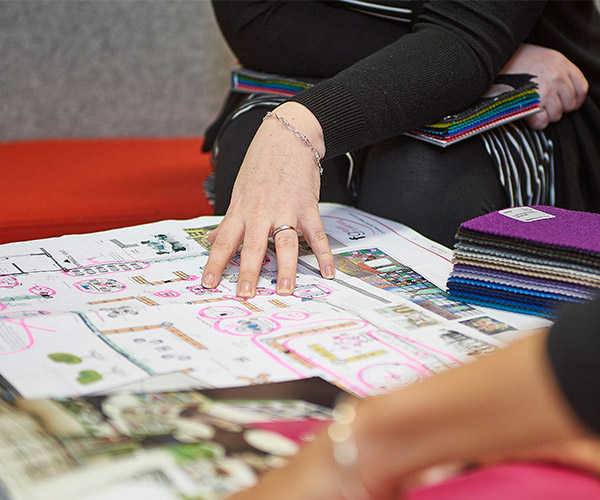 -
Are you still there? Click here to let us know you are.
Thanks for letting us know

Your message has been sent, Thank you and we will be in touch with you shortly.

Unfortunately there are no agents available at the moment, please leave us a message below.